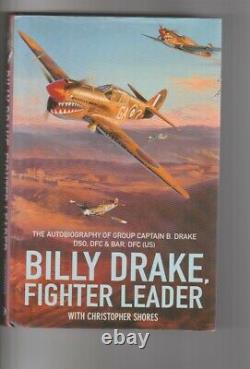 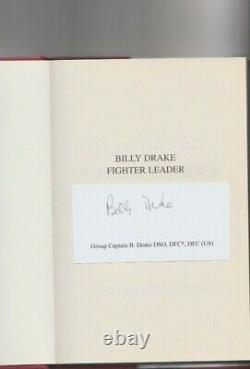 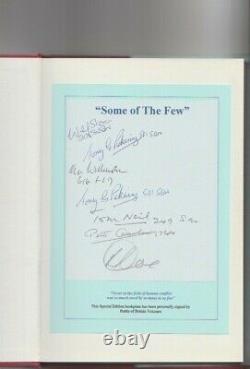 The compelling memoir of a Battle of Britain Ace. Born in London of an English father and Australian mother and educated in Switzerland, Billy Drake was to become one of the most illustrious RAF fighter pilots of World War II. He flew in many theatres with various squadrons on different aircraft - starting with 1 Squadron in France in 1940 on Hurricanes, then with 421 Flight (later 91 Squadron) on Spitfires over the Channel, then in West Africa with 128 and the Desert with 112 "Shark" Squadron on Kittyhawks. Taken off operations a the end of 1942, he was posted to Malta leading the Krendi Wing. On return to the UK he led a 2nd TAF Typhoon Wing, flying numerous sorties over the French coast prior to the invasion.

He eventually accounted for more than 20 enemy aricraft destroyed or damaged. He was then despatched to Fort Leavenworth USA with Peter Brothers, then to Operations Staff SHAEF HQ for the rest of the war. Postwar he was to be found in Japan, at HQ Malaya and Singapore, followed by a succession of staff appointments, including Air Attache in Switzerland. His final posting was a Group Captain commanding RAF Chivenor, Devon, until retirement in 1963.

A colourful personality, he gives the reader insights into his exceptional career, his widely differing experiences, the characters he knew and flew with and the humorous highlights of an RAF lifestyle. The book contains an original and titled signature, mounted onto the front titled page of. Group Captain Billy Drake DSO, DFC, DFC(US).

The bookplate also comes with a Certificate of Authenticity. A nice collectable and historical item. The item "WW2 book Fighter Leader signed by Billy Drake + 6 RAF Battle of Britain pilots" is in sale since Thursday, March 25, 2021. This item is in the category "Collectables\Militaria\World War II (1939-1945)\Books". The seller is "chinthey" and is located in Cambridgeshire.