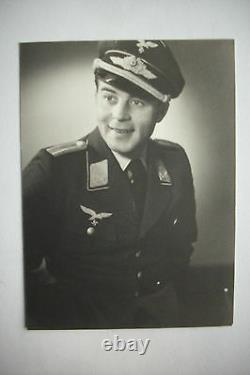 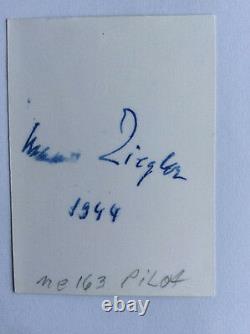 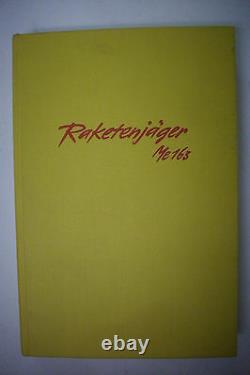 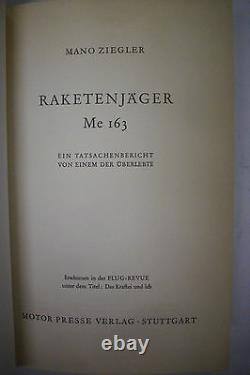 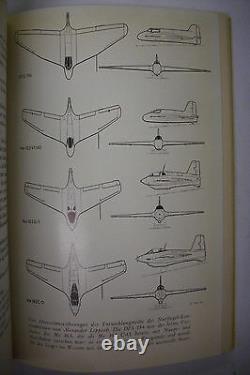 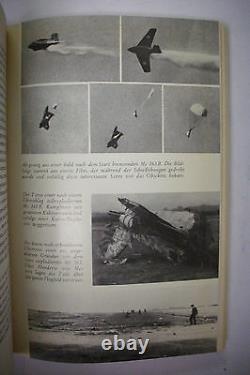 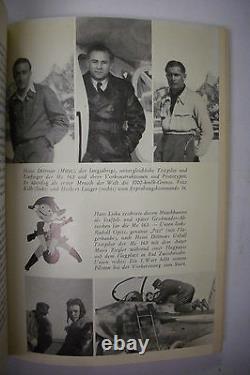 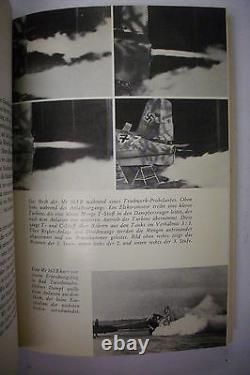 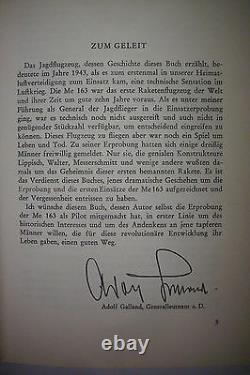 Mano Ziegler was a Luftwaffe pilot during WWII and he flew the Me-163 Komet in 1943 until the end of the war. The Messerschmitt Me 163 Komet, designed by, was a German rocket-powered fighter aircraft.

It is the only rocket-powered fighter aircraft ever to have been operational and the first piloted aircraft of any type to exceed 1000 km/h (621 mph) in level flight. Its design was revolutionary and its performance unprecedented. The first item you are purchasing is a book authored by Mano Ziegler. The book is titled Raketenjager Me 163 (Rocket Pilot Me 163). Published by Motor Presse Verlag - Stuttgart, 1961.

Under it somebody wrote Me 163 Pilot. The signature is in blue ink. His first name is smudged. I have put the photo in a hard plastic case to protect it.

Mano Ziegler had a lifetime fascination with flight. At the age of eight, he wrote to Manfred Freiherr von Richthofen, the famous "Red Baron", asking to be allowed to fly with him. Richthofen even replied, telling him, Yes, we'll fly together! At the age of 21, Ziegler took up glider flying.

He also pursued his sport of diving and was a core member of Germany's Olympic high-diving team. In 1932 and 1934 he was student world high-diving champion at the world championships in Darmstadt and Turin. When war broke out in 1939, Ziegler became a pilot in the Luftwaffe, and from 1943 until the war's end he flew the Me 163 with Erprobungskommando 16 (Operational Test Unit 16) and Jagdgeschwader 400 (Fighter Group 400). In Berlin he guested as a high-wire walker with the Camilla Mayer circus troupe, walking the 24-metre high wire - without any prior training - for a newspaper article. He eventually became editor-in-chief of the Flug-Revue aviation monthly in Stuttgart and, as such, made his first supersonic flight in an English fighter aircraft in the spring of 1960.

Both items remain in very good condition. Very collectible and very rare! Would make a terrific addition to a collection. The item "Signed Luftwaffe WWII ME-163 Rocket Fighter Jet Pilot MANO ZIEGLER Photo & Book" is in sale since Wednesday, November 24, 2021.

This item is in the category "Books & Magazines\Antiquarian & Collectible". The seller is "ron-likes-history" and is located in Glenmoore, Pennsylvania.