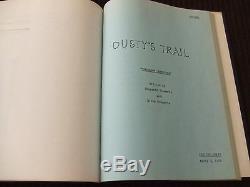 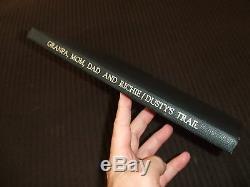 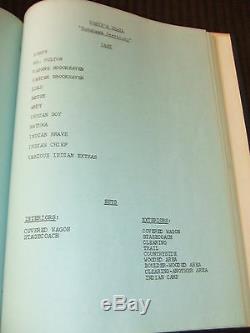 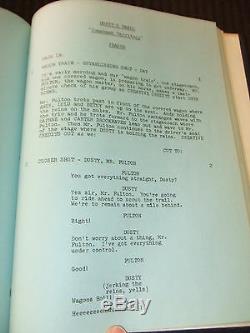 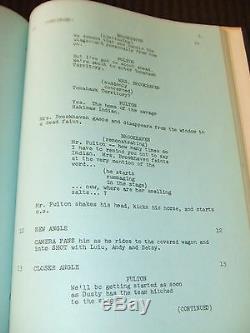 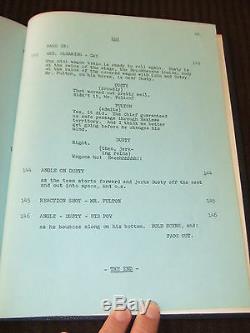 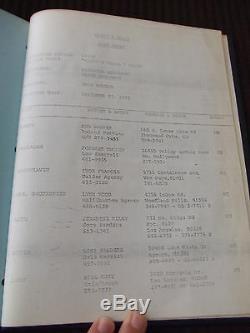 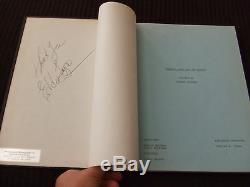 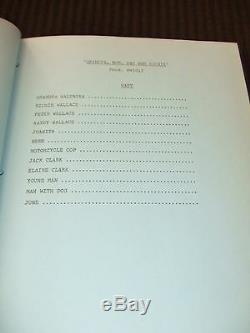 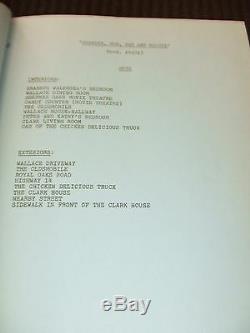 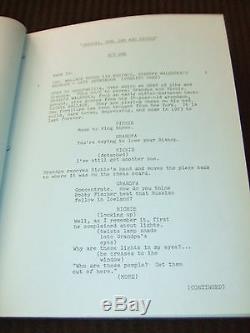 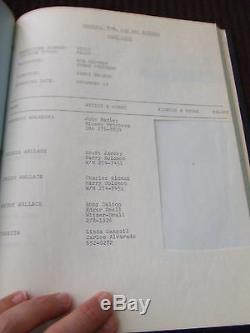 Eddie Foy III was casting this and this was his copy which he had bound into book form. Item is SIGNED by Eddie. This is an ORIGINAL PIECE (not a copy or reprint). Item is in EXCELLENT Condition with slight wear. NOTE: ALL PERSONAL INFORMATION SS#'s, salaries, etc.

HAVE BEEN REMOVED TO PROTECT PRIVACY AND INTEGRITY OF THE CASTING DIRECTOR/ACTOR RELATIONSHIP as requested by Eddie Foy III. IMDB Listing of this film can be found HERE. Please see pictures for more information.

(naturally), world famous television and movie actor. Eddie Foy III made a name for himself, first as an actor in such pictures as Run Silent, Run Deep, and then went on to become what many have called one of the most successful casting director to ever work in Television and Motion Pictures, being named by the Academy of Television Arts and Sciences as the most influential casting director in the history of television. His enormous list of shows he has worked with include the likes of Barney Miller, M. ", "The Monkees", "Hill Street Blues and Mork and Mindy, and has been the discoverer of such talents as Robin Williams and Sally Field (Who he cast as Gidget). You can see a short film about his career HERE:youtu.

You can see more about him on the Emmy TV Legends website HERE:emmytvlegends. Eddie is also an AVID boxing fan and collector!

He was very dear friends with World Boxing Hall Of Fame Boxer Billy Graham and rubbed elbows with some of the top names to ever grace the squared circle. He has hosted many events for the World Boxing Hall of Fame, sitting on their board of directors. Some of the items in Eddies collection are EXTREMELY rare, some even unique, based simply on who he is, what he has accomplished and where he has been. Even if you dont know him, chances are you have come across his body of work at some time in your life. Above all else though, Eddie is one of the nicest guys you could ever meet (Hes a friend of mine, I should know).

He genuinely cares for the pieces in his collection, but understands you cant hang on to things forever, so he has commissioned me (A friend from church in the picking business) to pass on his treasures so others can enjoy them. Will be accompanied with a COA (Certificate of Authenticity) that states the item is from the collection of Eddie Foy III and will be signed by Eddie himself. There will also be a picture of him with the item IN THE LISTING (No hard copy will be sent) that you can download and print out yourself.

Please contact me with any questions regarding the sale items. Eddie can be reached through his agent regarding any other business. Thank you for your interest and God Bless You! The item "SIGNED 1972 Dusty's Trail PILOT TV Script Bob Denver Forrest Tucker HC Bound FOY" is in sale since Saturday, August 17, 2019. This item is in the category "Entertainment Memorabilia\Television Memorabilia\Scripts\Originals\Signed".