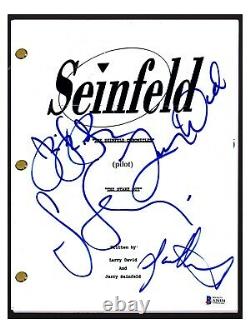 COA : Beckett Authentication - Letter of Authenticity # A26134. The Cover Page is 8.5x11 and is signed, the remainder of the script is printed on regular 8.5x11 paper, and comes fully bound together. Cp Entertainment Autographs has a team of individuals who regularly obtained autographs directly from the celebrities themselves. We are located in Boston but travel nationwide to obtain autographs. Autographs are obtained outside concert venues, hotels, charity events, movie premieres and many more places.