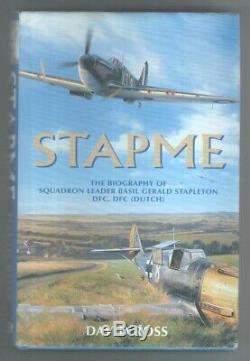 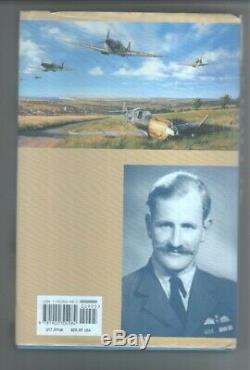 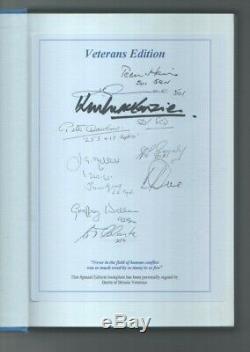 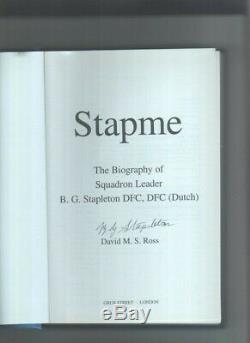 Squadron Leader Basil Gerald Stapleton DFC, DFC(Dutch). Signed 1st Edition Hardback, 2002. Basil Gerald Stapleton was born in Durban, South Africa in 1920. In January 1939 he took up a short service commission in the RAF and eventually joined 603 (City of Edinburgh) Squadron in December 1939, prior to becoming on of the outstanding fighter pilots of the Battle of Britain, accounting for nearly 20 enemy aircraft destroyed, probably destroyed or damaged.

All his scores were achieved on Spitfires during this battle and he was revered as one of Richard Hillary's contemporaries in whose book "The Last Enemy", he features. Nicknamed "Stapme" after a phrase used in his favourite cartoon strip "Just Jake", in February 1942 he became flight commander of 257 Squadron, then joined 2 ADF at Colerne the following year before becoming a gunnery instructor at RAF Kenley and Central Gunnery School, Catfoss. He received the Dutch Flying Cross for his part in the Arnhem operations. Forced to land inside German lines in December 1944, he spent the rest of the war in Stalag Luft I on the Baltic coast. One of the real "characters" to survive the war, and to many the quintessential image of a Battle of Britain fighter pilot, Stapme tells his full story to historian David Ross.

Squadron Leader Geoffrey Wellum DFC. Flight Lieutenant William "Terry" Clark. The book has been well read and is satisfactory condition. It is not mint or as new. Due to its age and use the jacket cover has creases on both top and bottom edges along with the corners.

A collectable item signed by some of "The Few". The item "RAF 1940 Spitfire pilot book Stapme signed by 11 Battle of Britain veterans" is in sale since Saturday, February 15, 2020. This item is in the category "Collectables\Militaria\World War II (1939-1945)\Books". The seller is "chinthey" and is located in Cambridgeshire. This item can be shipped worldwide.