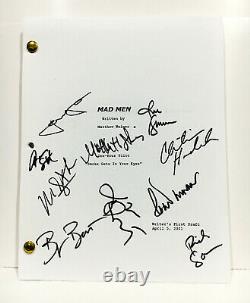 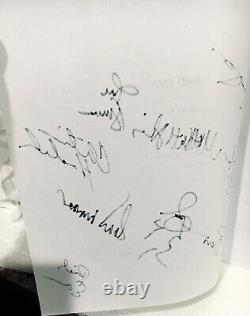 These signatures date to the first year of the show, with early, full examples of Hamm and Hendricks on it. Script is in fine condition (like new), with only a hint of wear. Not an copy, or preprint; guaranteed to be original and authentic signatures of the cast. THIS WILL PASS ANY AUTHENTICATION REVIEW VERY EASILY. Mad Men won 16 Emmy Awards during its run, including Best Drama four years in a row.