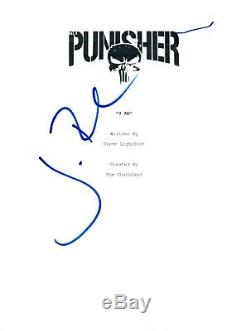 Jon Bernthal Signed Autographed Script. Show : The Punisher - Pilot Episode. At an appearance in NYC in 2018. The glossy cover page is hand signed by the celebrity. Script is printed on standard paper and comes fully bound together.