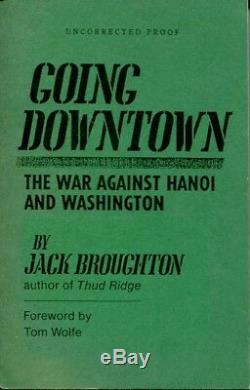 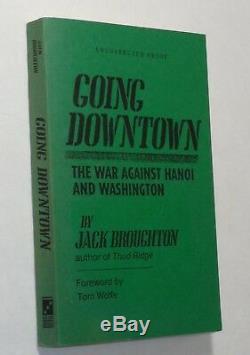 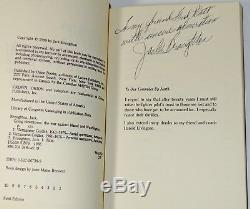 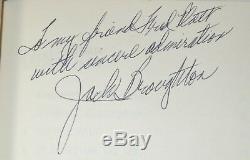 294 pages, near fine with barely a trace of wear. There's an old sticky note on the first page with a gift inscription to Platt (can't make out who signed it - not Broughton). He retired a highly-decorated colonel in 1968 with numerous awards and the highest Air Force service decoration for heroism, the presidentially-awarded Air Force Cross. In the 1950s, he led the Air Force's Thunderbirds in acrobatics. In addition to an autobiography, he authored two books, including this one, based on his service in the Vietnam War, which were highly critical of its direction and the rules of engagement. His inscription in this book to Fred Platt reads: To my friend Fred Platt with sincere admiration, Jack Broughton. He flew 745 combat missions in a clandestine operation known as the Ravens Program, Project 404. He was shot down 11 times, earning him the nickname, Magnet Ass. Many years later after retiring from the US Air Force, he served as post commander, China Post 1 (2000 -2016), one of the oldest American Legion Posts in the world. A special association copy between two heroic combat pilots during the Vietnam War. Listing and template services provided by inkFrog. The item "Jack Broughton Going Downtown Vietnam War SIGNED Association Copy Combat Pilots" is in sale since Friday, May 11, 2018. This item is in the category "Books\Nonfiction".

The seller is "merlangus" and is located in Fulshear, Texas. This item can be shipped worldwide.