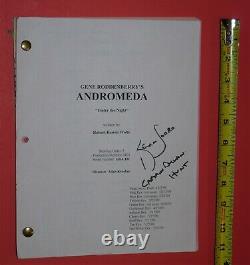 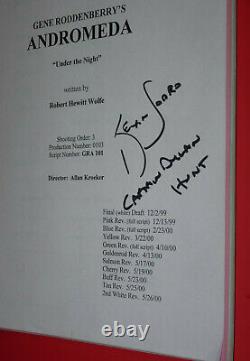 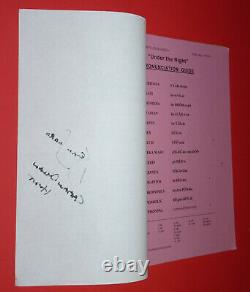 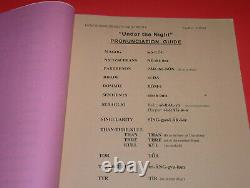 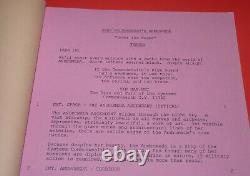 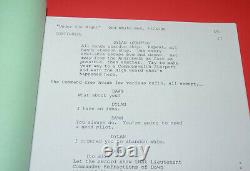 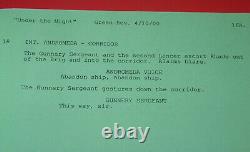 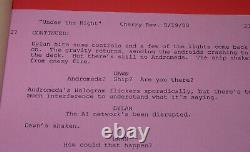 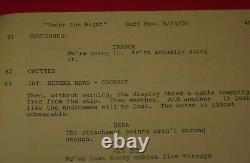 This is a legit script from 2000's "Under the Night" episode which was the very first one! Autographed by Kevin Sorbo (Captain Dylan Hunt) on April 24, 2016 at Chiller Con in Parsippany, New Jersey. Contains full colored revision pages!!!! Andromeda (formally titled Gene Roddenberry's Andromeda) is a Canadian-American space opera television series, based on unused material by Gene Roddenberry, developed by Robert Hewitt Wolfe, and produced by Roddenberry's widow, Majel Barrett. It starred Kevin Sorbo as High Guard Captain Dylan Hunt. It was filmed in Vancouver, British Columbia, Canada. Andromeda is one of two TV series (to date) alongside Earth: Final Conflict based on concepts Roddenberry had created as early as the 1960s and 1970s; Roddenberry died in 1991, nine years prior to the series premiere.

The name Dylan Hunt had previously been used for the hero of two TV pilots Roddenberry had produced in the mid-1970s, Genesis II, and Planet Earth, all of which shared a similar dystopian, post-apocalyptic premise. The item "Andromeda original pilot TV script Kevin Sorbo autographed Roddenberry STAR TREK" is in sale since Wednesday, June 23, 2021.

This item is in the category "Entertainment Memorabilia\Television Memorabilia\Scripts\Originals\Signed". The seller is "gaijinryudojo" and is located in Sykesville, Maryland. This item can be shipped worldwide.