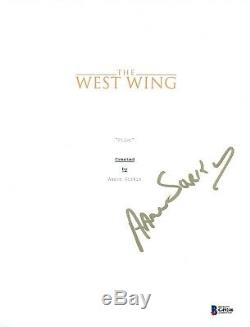 COA : Beckett BAS Authentication #G49246. The Cover Page is 8.5x11 and is signed, the remainder of the script is printed on regular 8.5x11 paper, and comes fully bound together.